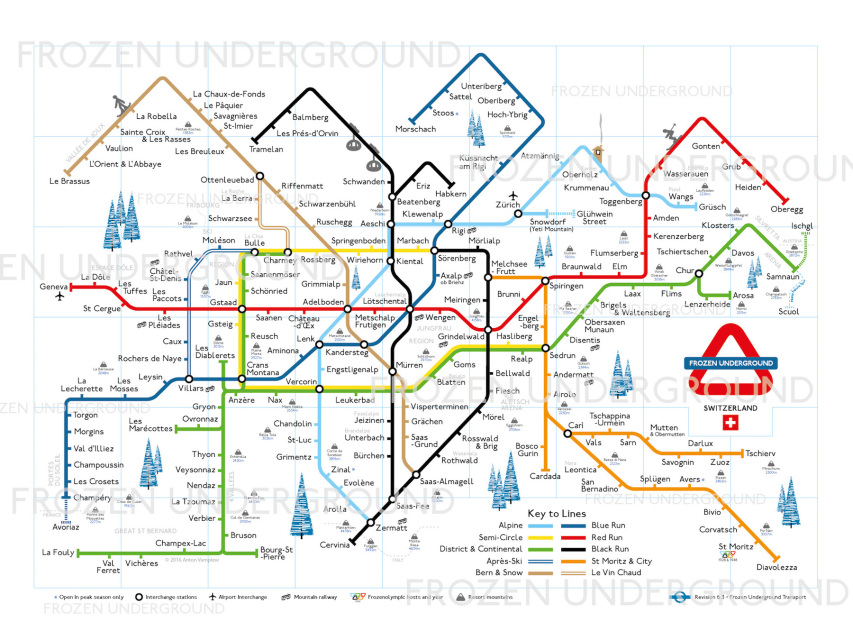 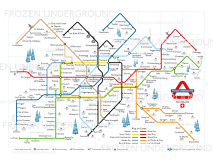 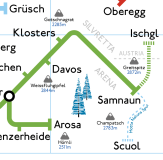 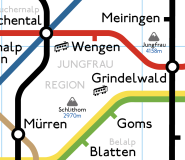 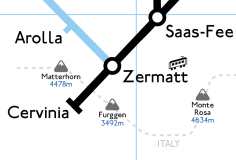 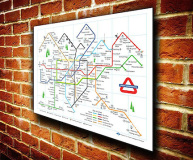 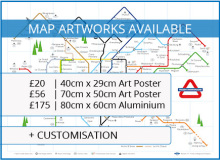 SKU: FU54
£20.00
£20.00
Unavailable
per item
Our newest Network Map includes 188 ski resorts in Switzerland and a few from neighbouring countries (Avoriaz, Cervinia and Ischgl), if you can ski directly there. Also shown are resorts served by the best mountain railways, mountains named with heights, ski areas and some nice, retro-bluey, wintry trees.

The original artwork of the iconic maps based on the classic London Underground system - all with a heap of snowy fun thrown in. If you like skiing, snowboarding and all things après-ski, then the Frozen Underground is the greatest imaginary subway ever, for it joins up all your favourite Swiss winter resorts.

The lines of the Frozen Underground are hauntingly familiar, but yet they have been crafted into mountains complete with trees, cable cars, a skier, snowboarder and a fine mountain hut to stop for a refreshing vat of Glühwein.

The Blue, Red and Black (Runs) Lines are a natural consequence of the après-ski nature of the artwork, as are the St Moritz & City and Le Vin Chaud Lines.

Have your artwork set in a clean, crispy gallery-style finish. 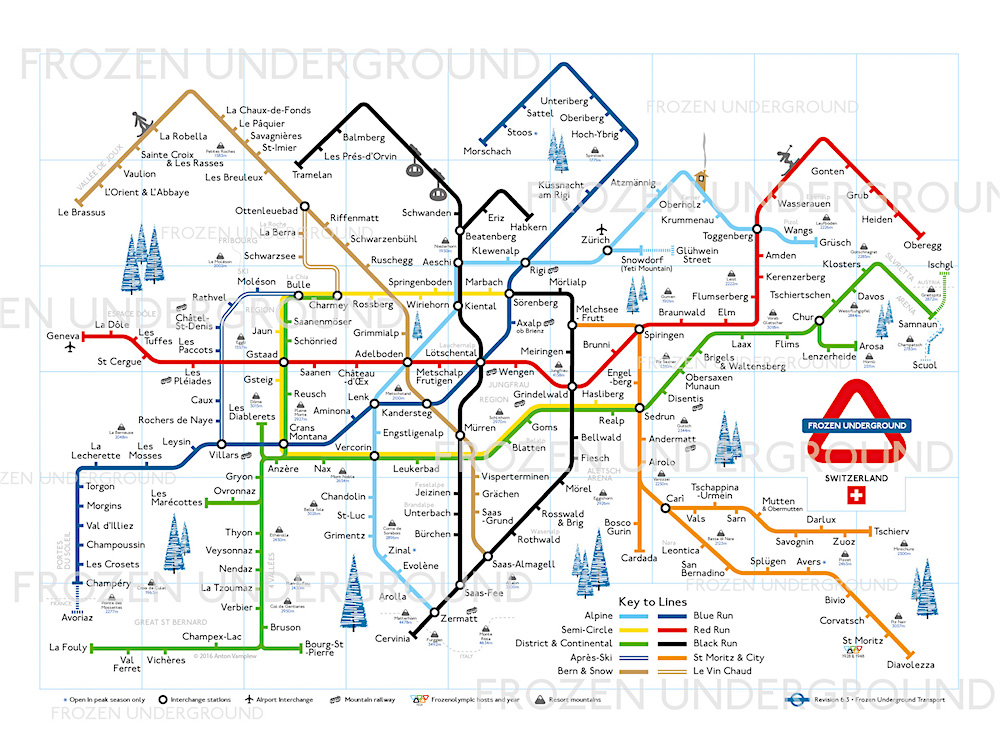